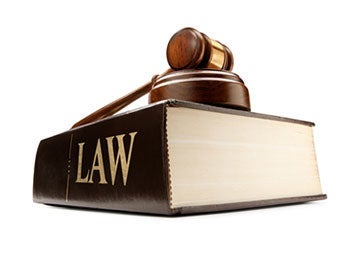 As a REALTOR® or as a strata property home owner, it is always important to be in the know about your home. Recently, there have been a few changes to the Strata Property Act that may interest you.
As of January 18, 2016, British Columbia’s new Guide Dog and Service Dog Act and corresponding supporting changes to the Strata Property Act came into effect. Strata owners, occupants, tenants and visitors will be able to have their certified guide dog or service dog on strata premises, regardless of strata bylaws banning or limiting pets or tenancy agreements. Owners, occupants and tenants will also be able to keep their certified retired guide dog or service dog with them, even if a new dog has been certified to take over its duties.Effective July 16, 2014, a strata corporation’s investment options have changed. In order to simplify and modernize what strata corporations may invest their contingency reserve funds and special levies in, the Province made changes to the Strata Property Regulation. The amendment clarifies the current regulation while enabling a wide range of high quality investment opportunities. Most existing accounts or investments actually used by strata corporations would qualify under this regulation. Any existing investments that do not comply with the amended regulation are "grandfathered" until they mature or are sold.
On April 9, 2014 the adoption of Bill 12 (the Natural Gas Development Statutes Amendment Act) made some amendments to the Strata Property Act. In general, the amendments make it easier for strata corporations to carry out their repair and maintenance responsibilities, clarifying requirements and refining problematic definitions. A strata corporation may now pay for repairs from the contingency reserve fund (CRF) by majority vote (instead of a 3/4 vote) if they are specifically recommended by their depreciation report. The strata corporation may also may pay for a depreciation report from the CRF by majority vote. Or the strata corporation can pay for a depreciation report from the operating fund, also by majority vote. Other minor changes clarified the definition of purchaser and that storage locker allocations are required records.
On December 12, 2013 the Province brought into force legislative amendments to allow strata corporations with majority support to apply to the BC Supreme Court to require strata owners to pay for certain repairs. Under the amendment the court can issue an order to proceed with certain critical repairs necessary to ensure safety and prevent significant loss or damage as if the strata owners have passed a resolution endorsing a special levy. Prior to this amendment the Strata Property Act had required a 3/4 vote to impose a special levy to raise money for needed repairs to common property. Without this amendment, a number of strata corporations would have remained deadlocked and deteriorating.
On February 28, 2013, the Province passed Order-in-Council Number 090, containing amendments to the Strata Property Regulation on the retention of depreciation and repair/maintenance reports as well as when a new strata corporation must obtain its first depreciation report. Any strata corporation formed after December 14, 2011, must obtain its first depreciation report within six months of the date of the strata corporation's second annual general meeting (or, if holding the second AGM was waived, the last date by which the strata corporation would otherwise have held this meeting). A strata corporation must permanently retain any depreciation report that it obtains. In addition, any reports obtained by a strata corporation respecting repair or maintenance of major items, including those commissioned for completing a depreciation report, must be retained until the items are disposed of or replaced.
On December 14, 2011 the provincial government brought into effect regulations allowing strata corporations to make contributions to the contingency reserve fund (CRF), above the 25% minimum, by majority vote as part of the budgeting process at the annual general meeting (AGM). Previously an annual 3/4 vote had been required to make contributions to the CRF if the CRF was more than 100% of annual operating expenses.
If you have any questions regarding this legislation, your home or anything else real estate related, please do not hesitate to contact me, Leslie McDonnell, of RE/MAX Select Properties and Property Sales Vancovuer – 778-838-2378 or lesliem1@remax.net